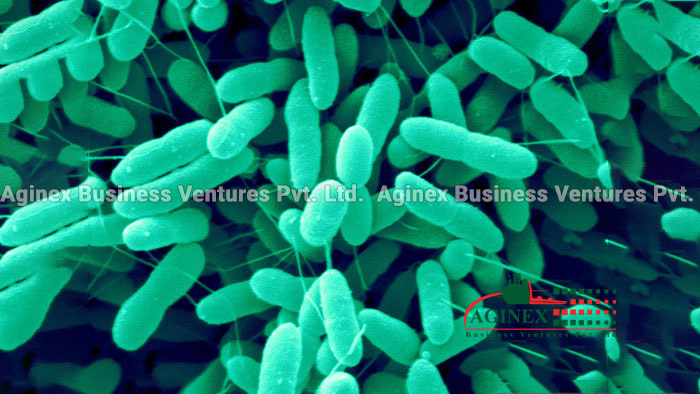 Azospirillum lipoferum and A. brasilense

In earlier literature, brasilense (Spirillum Lipoferum) is the predominant inhabitant of the soil, rhizosphere and intercellular spaces of the root cortex of graminaceous plants. They carry out the symbiotic relationship with the graminaceous plants.

The genus Azospirillum includes free-living, nitrogen-fixing bacteria known as plant-growing rhizobacteria (PGPR), which can colonize the root surface or intercellular spaces of the host plant roots through adhesion. PGPR's potential role in association with economically important cereals and other grasses is to promote plant growth through multiple mechanisms including nitrogen fixation and development of phytohormone. Many Azospirillum species are able to secrete phytohormones such as auxins, gibberellins, cytokinins, and nitric oxide as signs of promoting plant growth.

1. The water may have a blue or dull white colour.

2. Poor odours indicate the wrong composition of liquids and can be inferred as pure broth.

3. The quality product is confirmed by the production of yellow gummy colored materials.

4. Acidic pH also indicates that the water does not contain any Azospirillum bacteria.

5. N2 repairing Azospirillum potential in the roots of several plants and the quantity of N2 that they restore.

1. Azospirillum, an associate nitrogen fixer, replaces the root layer with atmospheric nitrogen, which the plants take up.

2. It also secretes growth hormones that stimulate the production of the heart.

4. This increases the density of the rootlet and the root branching resulting in increased mineral and water absorption.

Due to the strong triple bonds between the nitrogen atoms, nitrogen cannot be absorbed by plants making it inert and therefore not assumable by plants.

Do not store treated / coated seeds for
more than 24 hours

Seed Treatment: Mix 10 ml together. 10 g of Azospi. Raw sugar in enough water to make a slurry and coat 1 Kg of seeds, dry in the shade and sow / spread / dibble in the field.

To shape slurry, blend 50 ml of Azospi with enough water and organic manure. The seedlings are dipped 30 minutes before planting in this slurry so that the roots are attached to the bacteria.

Mix 1-2 litre/ acre of Azospi with compost and apply to an acre of soil.

Azospi is compatible with Bio Pesticides and other Bio Fertilizers.

Azospi is stable for a period of 2 years from the date of manufacturing.